MOSAIC: A Collage of Performer-Composer Collaborations

Saturday afternoon found Ballroom F packed with audience members hungry for an electric collaborative energy. The 90-minute concert did not disappoint, serving one dozen fresh works that came into the world through the sharing of ideas between performer and composer. This workshopping technique resulted in an incredibly dynamic program. Sounds ranged from slides on a glissando headjoint to traditional Gaelic tunes on alto flute.

Inspirations for the collaborative pieces were displayed in a variety of ways. Trudy Kane directed audience members to the convention cell-phone app to view the paintings Valerie Coleman studied when writing “Matisseries,” the work Kane performed. Brian Alldred performed an etude-like piece that “capitalize[d] on the instability” found in the infamous multiphonics of Berio’s “Sequenza.”

A masterful rendition of the iconic work provided an introduction for the strange new sounds it inspired.

Conor Nelson earnestly delivered the premiere of Christopher Dietz’s “Julium,” a short solo work that sought to embody the curiosity and joy of the composer’s energetic 6-year-old daughter.

The concert closed with flutist Claudia Anderson and pianist Colette Valentine executing a thrilling performance of John Drumheller’s “View From Dead Horse Point,” the star of which was undoubtedly the laptop computer and its interaction with the instrumentalists. 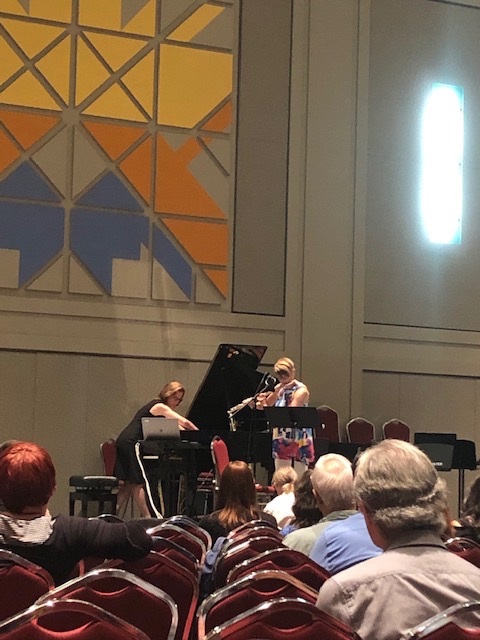