I don’t get out much between staffing the Presser booth and attending my own events, so any chance to hear unfamiliar music is a special treat. While I loved finally hearing the Prior and Burton concertos live, my favorite surprise discovery was Paul Hayden’s “Florestan & Eusebius” for flute and two tubas—aside from the novel scoring, it’s a fascinating and compelling piece, and the performance by Katherine Kemler and her tuba colleagues was a show-stopper.

My other favorite unknown was the Scherzo by Jef Maes, which Matt Johnston performed with Miles Graber. I don’t know of that composer, but it sure was a hoot.

Hats off to pianists Miles Graber, Jill Winters, Katie Leung, and Dianne Frazer, who each put out dozens of fires on short-notice!

Samuel Zyman’s touching new “Canción de Cuna” is both a lullaby and a memorial, premiered on the Remembrance and Healing concert by the work’s commissioner, Cindy Anne Broz, with Zyman as the pianist. “Canción de Cuna” was this year’s “it” piece in the exhibit hall.

The most riveting event for me personally was Kathleen Nester and Wendy Stern premiering my “Sleepy Hollow” for two bass flutes and piano. Stern commissioned the piece asking for atmosphere rather than flash, and their performance was hauntingly atmospheric!

Samuel Zyman and Daniel Dorff, second and third from left respectively, with friends. 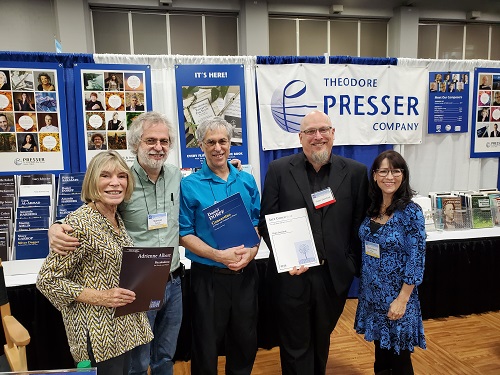 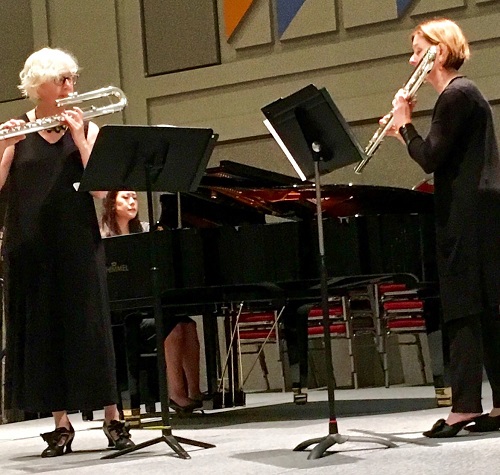