The 2019 Professional Flute Choir was fortunate to have Atlanta-based conductor and composer Richard Prior rehearse and direct it for its Sunday morning concert. The flute choir performed two world premieres, including Woodland Springs Suite by Martin Blessinger and “Ruckus” by Nicole Chamberlain, both of whom were in attendance.

The choir also performed Chamberlain’s “The Phoenix,” a commissioned work written for the Atlanta Flute Club. Chamberlain describes the piece as a fanfare that “illustrates the flight of the rising and soaring phoenix.” Extended techniques include the use of beatboxing syllables and the jet whistle.

Other works performed included Valerie Coleman’s “Fire Dance,” Peter Senchuk’s “Beyond the Night Sky” (for which he was present), “Sky Wheel Spins” by Michael Kallstram, and “Sunburst Flights” by Stephen Barr. The highlight of the concert was Eugene Magalif’s “The Hummingbird,” featuring piccolo soloist Debbie Gilbert. To say the piccolo part emulates that of a hummingbird in flight would be an understatement! Gilbert’s virtuosic performance was enchanting.

The entire concert was superbly presented and planned. It gave us all what we came for: a connection to one another through our love of flute choir. 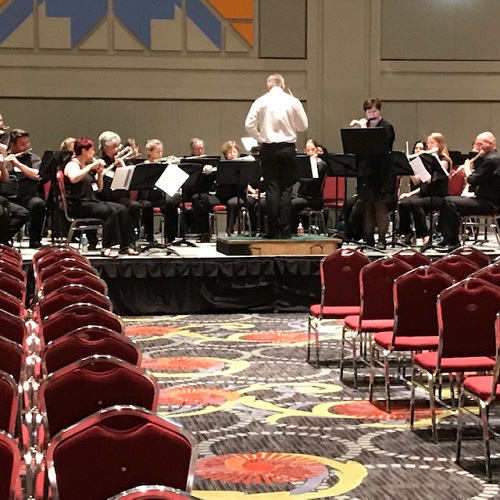