Marianne Gedigian, Distinguished Professor of Flute at the University of Texas, Austin, performed world premiere of the 2019 NFA-commissioned “Peony for Flute and Fixed Media” by Mary Kouyoumdjian. The electroacoustic work is rhythmically energetic and intricate and uses extended techniques such as singing and playing, beatboxing, and trills.  Gedigian gave a very exciting performance that bubbled with energy and was a delight to the ears.

Kevin Gowland, director of woodwinds at the Royal Northern College of Music and soloist and freelance musician in the United Kingdom, performed Edwin York Bowen’s Sonata, Op. 120, with Winters. Gowland has a dark, gracious sound with rich vibrato and stunning phrasing and expression. Winters and Gowland put a bold fingerprint on this expressive tonal work with their thoughtful and dynamic collaboration.

Powell Artist Linn Annett Ernø, who was trained in Norway and France, joined Winters to perform Concertino, Op. 10, by Edvard Fliflet Bræin, arranged by Bergheim. The humorous and playful first movement, Allegro moderato, is guaranteed to make an audience want to smile and get up and dance. It is followed by a calm, soulful second movement and an Andantino-allegro vivace third movement. This is a very exciting and entertaining recital piece.

Michelle Stanley, associate professor at Colorado State University, and Winters performed Two Morceaux, Op. 41 by Victor-Alphonse Duvernoy. This salon piece would be an excellent addition to any recital program—it really unveils the expressive potential of the flute through incredible tone color variations and flexible mood. Stanley and Winters made expert use of rubato and tension and release.

Polish flutist Elzbieta Wolenska and Zhang Moru, professors at Zhaoquing University in China, performed three pieces by Frederic Chopin:  the Nocturne, Op. 15, No. 2, arranged by Taffanel; the “Raindrop” Prelude, Op. 28, No. 15, arranged by Schulz and Standke; and the Waltz, Op. 69, No. 2, arranged by Zanke. The Nocturne was seamless, filled with the full gamut of tone color and dynamics, flawless technique, and an absolutely dazzling collaborative duo. Wolenska gave a moving performance of the “Raindrop” Prelude in honor of her professor, who had suddenly passed away.

Gavin Stewart performed Land of Winds by Vasileios Filippou, performed on the Kingma system flute with electronic playback, and Spazio di Luce (Space of Light, a reference to the Japanese shakuhachi) by Steven Laurence Frew. Both are outstanding works for the Kingma flute, and Stewart brought much to the convention with his groundbreaking artistry on the this instrument.

All in all, this was a terrific recital that displayed the great cultural diversity of European composers, and the performers were exquisite. 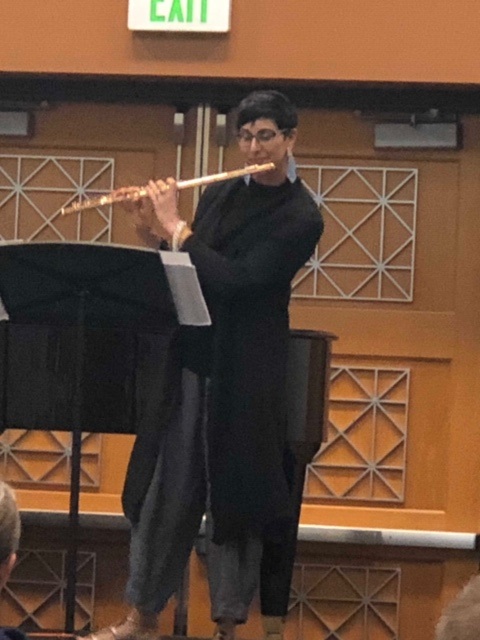 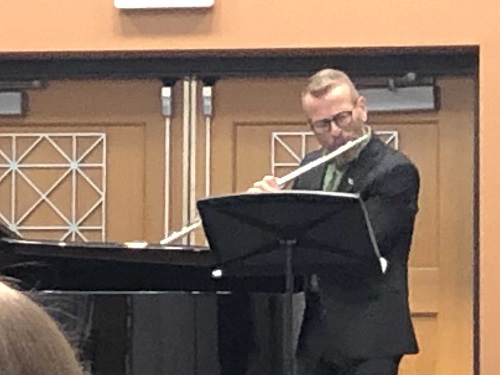