Robert Aitken is professor of flute at Staatliche Hoch-schüle fur Musik in Freiburg, Germany, and artistic director of New Music Concerts in Toronto. His teachers have included Nocolas Fiore, Marcel Moyse, Jean-Pierre Rampal, Severino Gazzeloni, André Jaunet and Hubert Barwähser. He has made more than forty recordings and videos on the BIS, Koch International, CBC, CBS-Sony, Denon, FSM and Simax Labels. Mr. Aitken spent five summers at the Marlboro Festival, three at the Stratford Festival under leadership of Glenn Gould, Leonard Rose and Oscar Shumsky, and five years in the CBC Symphony. In addition, he founded and directed Music Today (at Niagara-on-the-lake, Ontario) and Music at Shawinigan, and was director of the Advanced Studies in Music Program at the Banff Centre for Fine Arts in Canada. Also active as a composer, Mr. Aitken has published works with Universal, Salabert, Ricordi, and Peer Music. Such notable composers as George Crumb, John Cage, and Elliott carter have dedicated works to him. Among the many honors Mr. Aitken has received over the years are the Order of Canada, the Chevalier de L’Ordre des Arts et Lettres from the French Government, the Roy Thomson Hall Award, and the Canadian Music Medal. 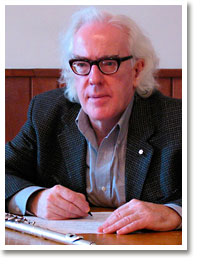