William Bennett has established himself as one of the most eminent of living British Musicians. He studied flute in London with Geoffrey Gilbert and in Paris with jean-Pierre Rampal. He has held principal flute positions with the BBC Northern Orchestra, the Sadlers Wells Opera, the London Symphony, the Royal Philharmonic orchestra and the Academy of St. Martin-in-the-Fields, among others. Currently principal flute with the English Chamber Orchestra he has made many recordings of solo and chamber music from Baroque to contemporary and has made pioneering recordings of the 19th-century works. He has taught and conducted masterclasses throughout the world and is presently teaching at the Royal Academy of Music in London. In 1995 Queen Elizabeth II presented him with the Most Excellent Order of the British Empire for his distinguished service to music. 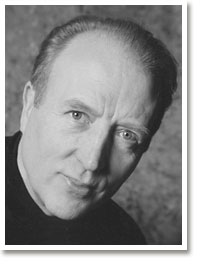