A year ago I picked up my flute and began to play. It had been nearly 40 years since I had done so. 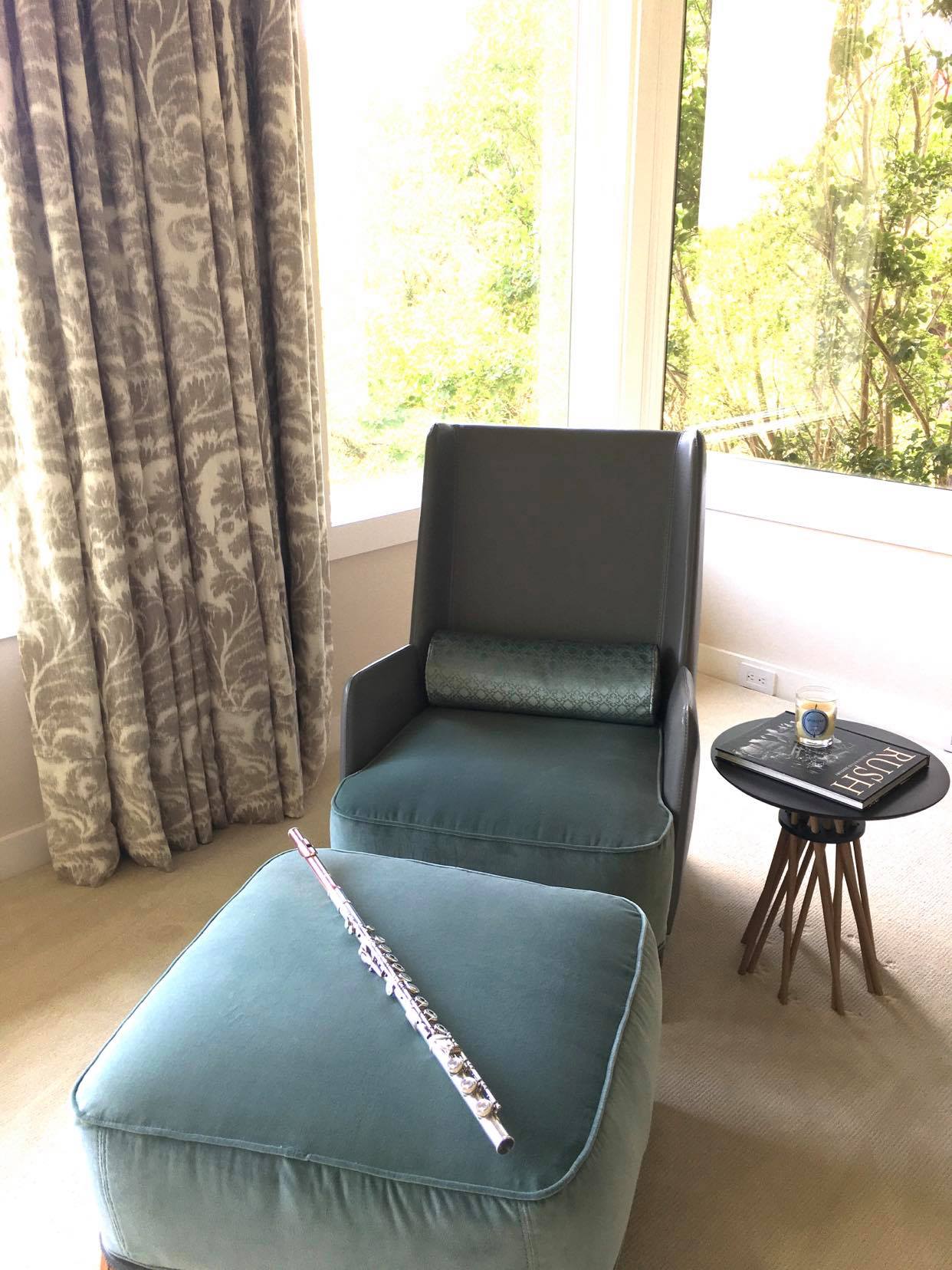 From my first day of elementary school band through high school, I spent countless hours trying to shape the sound I produced on my instrument into something beautiful. And, in the end, I was decently skilled at doing just that. As a byproduct, I had become an expert in music’s long game of delayed gratification, good old fashioned effort, and problem-solving. I took these skills off to college with me…leaving my flute behind.

Decades later, coincidentally, or perhaps not so, my older daughter declared that she wanted to learn to play the flute. So, my original battered student instrument was resurrected, and my daughter is now studying performance in college, preparing for a career in music. I’ve been the unapologetic “flute mom,” and she has remained the thread that kept me connected to music. She has forever been encouraging me to play again and was victorious last summer when she tempted me with the proposition of a duet. Engulfed in the COVID pandemic summer, the “too busy” excuse that I had always clung to evaporated. I had no interest in jigsaw puzzles, so the only barrier remaining was my fear of opening a long-closed door. With the passage of time, that door had become proportionately harder to reopen. Over the course of decades, the idea of playing again ballooned from slightly intimidating to terrifying.

The source of my fear was not as obvious as one might think. True enough, the further one steps away from something, the longer and steeper the journey back. However, tackling an obviously challenging task wasn’t the source of my anxiety. Rather, my fear was rooted in self-definition, which can be a domineering force that is also treacherously limiting. For many years I had defined myself as, among other things, a flute player, and I put a lot of effort and heart into that endeavor (this door had a gold star!). Reopening a tightly sealed gold-star door somehow seemed more monumental than opening the door of a passing fancy. It also left me wondering if the room behind that door would reveal the same girl who once resided there. As long as I kept the door closed, my former self would remain intact in suspended animation. I stood before the door in a kind of strange entanglement of trepidation and curiosity. 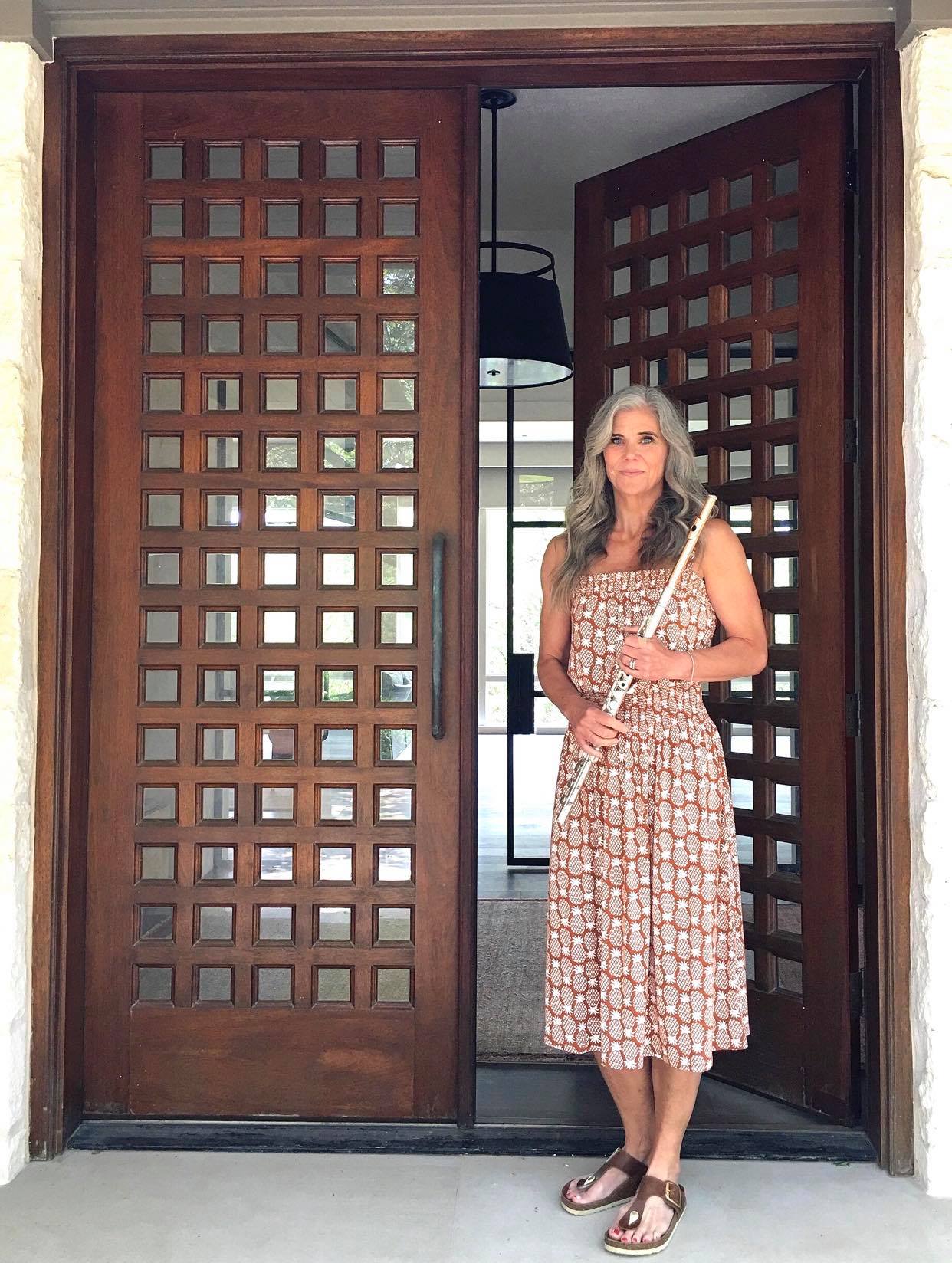 Christina Vermeulen
I’ve always been my own greatest competitor, using others as motivational benchmarks to bring out the best in myself with little regard for besting others. It appeared to me that, upon opening the door, I would be competing with myself…but it would be my former self and not my current self. That’s not a fair competition. What I have come to realize since opening that door: this is not only an unfair competition; it’s also not an interesting one. Any preconceived notion I had regarding my former playing isn’t relevant to what I’m doing today. And that’s fortunate because returning to an instrument and struggling to do something that once came much more easily is humbling, to say the least.

I started out experiencing tremendous frustration at my body’s betrayal to execute what my brain was instructing it to do. I lacked the stamina, coordination, and control needed. But I called on the patience and problem-solving skills I had cultivated as a young player and reminded myself that I had, once again, entered the long game of music. I began weekly lessons via Zoom, and the structure and encouragement were germane to keeping my practice regular, my progress steady, and my motivation high.

The entire experience of learning an instrument now is much removed from what it was when I was a child. As Heraclitus once stated, “No man ever steps in the same river twice, for it's not the same river and he's not the same man.” This time around, music has turned out to be a catalyst to something much greater than itself, and that is a stunningly unexpected outcome. Little did I know when I picked up my flute a year ago, that I was poised to enter a realm pregnant with possibility. As it continues to unfold, this journey has also become about staring down fears, reawakening parts of my brain, and opening my heart. It has required honesty, evolution, and being gentle with myself. It has been a grounding and meditative force while the world around me erupted in social, political, and pandemic upheaval. It has provided patient and comforting refuge through the unexpected death of my father. It has offered me a special connection with my daughter (whom I play duets with now). And it has resulted in a friendship with my teacher whom I deeply admire and greatly enjoy and who has demonstrated to me that kindness and curiosity are two of the most powerful and infectious qualities a person can possess. 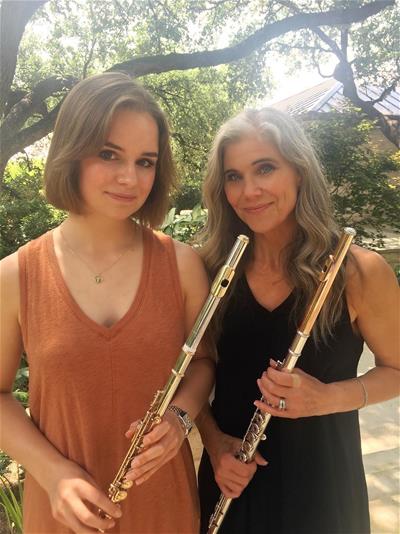 Christina Vermeulen and her daughter Tessa
Now that I’ve reached my one year “flute-iversary,” I wonder (to quote the musical Rent), how do you measure a year? I’ve tackled 12 pieces, completed three etude books, and spent an estimated 900 hours practicing. What I can’t quantify, however, is all I have gained, and continue to reap, from this experience. Right now my only competitor is the Christina of 24 hours ago, and I would call that quite a fair match.