The only American prizewinner in the 1969 Geneva International Flute Competition, Buyse has presented recitals and masterclasses across the United States and in Canada, Mexico, Panama, Brazil, France, the Netherlands, Norway, Japan, New Zealand, and Australia. Her solo recordings have appeared on the Crystal, Boston Records, Albany, and C.R.I. labels and she may be heard as solo flutist on recordings of the Boston Symphony, Boston Pops, and the San Francisco Symphony for the Philips, Deutsche Grammophon, RCA Victor, and Sony Classical labels. With her husband, clarinetist Michael Webster, she co-founded the Webster Trio, which has recorded for Crystal Records and the Japanese labels Camerata Tokyo and Nami. 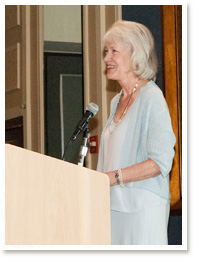 Buyse is the Joseph and Ida K. Mullen Professor of Flute at Rice University in Houston, Texas, and has also taught at the University of Michigan, the New England Conservatory, Boston University, the Tanglewood Music Center, and as a visiting professor at the Eastman School of Music. Her former students hold positions at major universities and in many major orchestras, including the symphony orchestras of Cleveland, San Francisco, St. Louis, Houston, Charlotte, and Kansas City, the Minnesota Orchestra, the Rochester Philharmonic, the Colorado Symphony, the Florida Orchestra, the New Zealand Symphony, the Adelaide Symphony, the Singapore Symphony, and the National Taiwan Symphony Orchestra.

Also an accomplished pianist, Buyse served for two years as a collaborative pianist at Rampal's summer masterclasses in Nice, France. An active member of the National Flute Association, she has served on the board of directors and as program chair for the 1987 convention in St. Louis.