Sheridon Stokes became the youngest contract musician in Hollywood at age 20. He is the flute soloist on Mission Impossible (TV and movie), Out of Africa, E.T., Kung Fu, Roots, Spitfire Grill, Apollo 13, and thousands of other movie and TV scores. Stokes received the MVP award for flute from the National Academy of Arts and Sciences in 1981, 1982, and 1983. Premiers include Concerto for flute and orchestra by John Williams, Willow Willow for electric bass flute and percussion by Paul Chiihara, and On the Wings of the Wind for solo flute and orchestra by Harry Bulow. Solo CD records include his transcription of  Six Sonatas by Boccherini (Orion-Naxos), Torbellino by Caliendo for flute and guitar (Efficaci), Trio by Lazarof for flute, clarinet, and oboe (Laurel), and Quintet by Levitch for flute and strings (Orion). Stokes has been first flute and soloist with the Glendale Symphony for 25 years (Carmen Dragon and Lalo Schifrin
directors), and has played first flute with the ABT, Houston Ballet, San Fransisco Ballet, and Harlem Ballet. In 1996 he was first flute with the Hollywood Festival Orchestra’s CD and video of The Three Sopranos and in 1997 was first flute with Hollywood Academy Awards Orchestra at the Shrine Auditorium. Stokes has served as Senior Lecturer-Professor of Flute at UCLA since 1972. 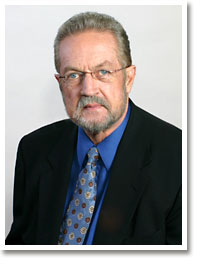 “The legend goes that he makes everything sound so easy no matter how difficult the part, sitting in a session, relaxed in his chair with his legs crossed … the only way you know if he’s playing a ridiculously hard part is if he uncrosses his legs.” —Sue Ann Kahn quoting a comment made about Sheridon Stokes

The NFA also honored long-time Hollywood recording studio flutist Sheridon Stokes with its Lifetime Achievement Award. Stokes is best known to movie goers for his flute playing on the sound track of films such as ET, Out of Africa, Kung Fu, Roots, Apollo 13 and thousands other movie and TV scores. Television viewers in the early 1970s will remember Sheridon’s opening flute lines in Lalo Schifrin’s flashy score to Mission Impossible.

In addition to his studio work, Sheridon Stokes serves as senior lecturer and flute instructor at UCLA, where he also directs the UCLA Flute Consort. His books, Special Effects for Flute and The Illustrated Method for Flute I (the latter has been translated and published in Japan) are sold worldwide.

Stokes’ CD recordings include his transcription of six sonatas by the Italian composer Luigi Boccherini (Orion-Naxos), Torbellino by Caliendo for flute and guitar (Efficaci), the Henri Lazarof trio for flute, clarinet, and oboe (Laurel), and Quintet by Levitch for flute and strings (Orion). He has served as principal flute and soloist of the Glendale Symphony for 25 years and previously held this position with the American Ballet Theatre and the Houston, San Francisco, and Harlem ballets.

Sheridon Stokes received the Lifetime Achievement Award from Sue Ann Kahn, President of the NFA. In preparation for her speech, Kahn interviewed many long-time colleagues of Sheridon’s including Louise DiTullio, David Shostac, Susan Greenberg, Earle Dumler, Gary Grey, and Jim Walker. After sharing anecdotes of Sheridon’s long career, she commented that all who spoke in his behalf characterized Sheridon as “one of the most gifted people they ever met…”