Leonard Garrison and Paul Taub led this lecture-recital about a research project that the two are working on together. Garrison described the project, and Taub summarized his own research in a case study and identified what teachers can do to explore a diverse flute repertoire.

The two are compiling a list, organized by country of birth, that includes composer names; titles, dates, and publishers of their works; level of involvement with the NFA; and further information. The list includes women composers and people from the other side of the world. Poulenc is included  because he was openly gay. The goal of this project is to get pieces from every country in the world. The team has also listed resources for finding repertoire, with books and resources on composers who are women, LGBTQ, Latin American, and African.

Taub’s research is focused on his Russian-Jewish heritage and his interest in politics. During two cultural exchange trips to Russia, he bought and performed music not yet well known in the U.S. He has developed a relationship with the once little-known Peteris Vasks and interviewed him and performed his work. The 72-year-old Vasks, who was born in Latvia to a Baptist minister (a religious minority in that area), is now a major international composer.

To explore a diverse repertoire, Taub suggested identifying a country and getting in touch with its flutists’ and composers’ unions. He advised using the internet and YouTube to find names of major publishers and then sending them letters. People might suggest pieces and resources to add to your list, which can be an ongoing web-based project.

The live version of Garrison and Taub’s work can be found on their individual websites, along with a handout that has a summary of their research. Visit leonardgarrison.com and paultaub.com. 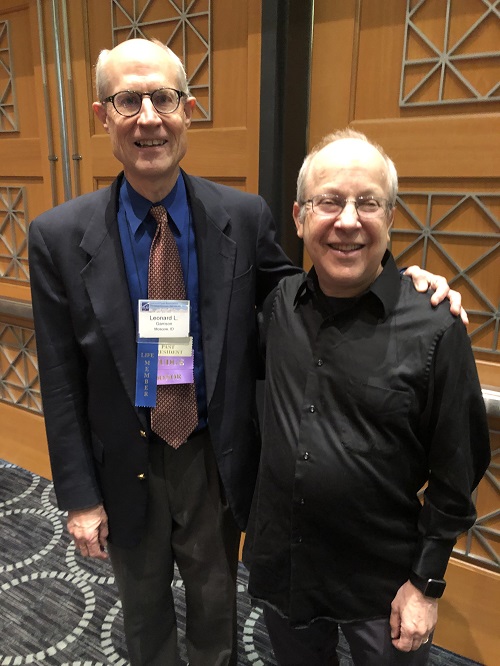